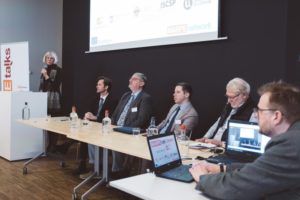 Artevelde University of Applied Sciences (Ghent, Belgium) welcomed the MARPE Network on the occasion of the Erasmus+ MARPE Diplo launch, February 6. The challenging topic -Public Diplomacy and Brexit: are States ignoring the power of Soft Power- definitively inspired the speakers.

On this fertile ground, Alastair McCapra (CEO CIPR) reframed Brexit not as a problem in public diplomacy but as one of public diplomacy, using Brexit to interrogate public diplomacy, and, in particular, to question the assumption of the pre-eminent importance of soft power in the modern world.

Pierluigi Puglia (Head of Communication British Embassy in Rome) responded by illustrating the UK discourse in Italy, opening the debate orchestrated by Richard Linning who welcomed several questions from the captive audience.

As announced in Aarhus (during the EUPRERA Congress 2018), the MARPE Diplo Talks will be followed by publications.

or follow the MARPE Diplo developments by
subscribing the MARPE Newsletter

Colleagues from the MARPE Network look forward to welcoming you at the Artevelde University of Applied Siences in Ghent, Belgium, on February 6 for the first MARPE Diplo Talk.

Registration (no fee): www.marpenetwork.eu. If you cannot attend in person, join the live stream! 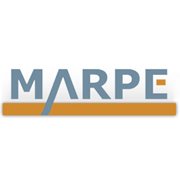 The MARPE Network* is launching the 3 years’ project MARPE Diplo funded by Erasmus+ (September 2018 – August 2021) and endorsed by 11 strategic partners**. The project aims to explore Public, Corporate and Civic Diplomacy, an emerging discipline in the fields of international relations and communication sciences, political sciences and strategic studies, to research and to develop its wider applications in the context of business and civil society communication.
The objective is to develop a proper European perspective drawing on public sphere (Habermas) and network society influences (Castells) as there is an increasing need for showing more transparency and sensitivity over operations, processes and overall governance.
The EUPRERA project leader, Anne-Marie Cotton, will highlight how EUPRERA members can contribute to this new epistemic community during the EUPRERA Hour at our upcoming congress in Aarhus. More details on the MARPE Network platforms soon! Go to MARPE website

Created at the end of the ’80ies, MARPE, Master in European Public Relations, moved into a Network of EU partners: since Spring 2015, a new idea has been thoroughly analysed to become an Erasmus+ project focusing on public diplomacy and beyond.
The French, Portuguese and Belgian colleagues have published the results of their findings linking public diplomacy to digital tools showing that the top-down approach can be reinforced by a bottom-up perspective. New dimensions identified beside public diplomacy have been presented at the EUPRERA congresses in Oslo and Groningen where colleagues from all continents have added their insights.
Having as symbol a Phoenix, the Marpe Network welcomes colleagues who are likely to reinforce the undeniable potential of this concept – well-known in the USA, still rather unknown in Europe.
Just back from a great conference in Lisbon on Strategic Communication and Public Diplomacy, the team is already working on the the next step: the application as Eramus+!