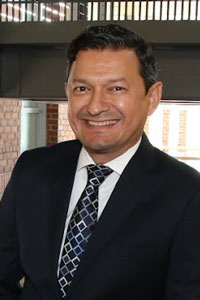 by Juan-Carlos Molleda,
University of Oregon School of Journalism and Communication

I cannot stop thinking about the shocking events that happened in the United States Capitol on January 6. I know this dark day in U.S. history has made the beginning of the new year more challenging for us all, not only in the United States, but across the world. I wish for better days ahead.

As we regain the necessary energy to continue helping our students learn and succeed, we must point to many role models and reminders of courage and truth-telling. Over the past year, we have seen and contributed to many acts and expressions of resilience in the face of a deadly pandemic, amid cries for racial justice, and dramatic devastation such as wide-spread wildfires caused by climate change. And in just the last few days, I have witnessed numerous individuals, organizations, and associations expressing publicly their rejection of violence and last week’s assault on democracy and its institutions.

Some of the largest U.S. companies have expressed their intentions to pause political contributions to certain lawmakers and rethink their involvement in politics through carefully crafted public statements written by professional communicators and public affairs practitioners. And I have been very proud of the excellent work of the many journalists and news media personalities responsible for covering and producing this unfolding story of the Capitol siege. I have seen countless examples highlighting the critical roles of journalism, advertising, public relations, and traditional and emergent media in the reconstruction of truth, trust, and hope for a better democratic system and justice for all.

Words matter, and false information has grave consequences. Many of our academic colleagues have already spoken up publicly about this threat to our democratic system and democracies all over the world. No one who lives in the United States should forget what happened in Washington, D.C., and we should not simply move on but instead condemn these terrible events while debating their implications for the study, teaching, and practice of our disciplines and professions.

Our democracy is fragile, and we are indeed in a struggle for its future. What many see as a beacon of freedom and hope has been under attack by an elected leader and others who incited, directed, and encouraged an unruly mob of insurrectionists to violently interrupt a joint session of the U.S. Congress to overturn the result of a presidential election and subvert the peaceful transfer of power. In a reaction that is frightening, yet predictable, Trump has been defiantly defensive, despite nearly universal condemnation and the launch of a second impeachment process. He would be the only U.S. president in history to be impeached twice, this time for inciting violence against the government of the United States.

Before I came to the United States in 1994, there was an attempted coup d’état in my country of birth, Venezuela. This historical event contributed to the progressive deterioration of the country’s political system, leading to the impoverishment of its citizens over the last two decades. It was confusing and disheartening at the time, but it was also a teachable moment and an opportunity for news organizations and businesses to contribute stories, messages, and actions that helped restore the nation’s focus and strengthen its citizens and civic life.

I know the context of my experience is different from what is happening in the United States, but the desire to contribute to a return to normalcy and a sense of civility feels similar to me. I know my colleagues and I will continue to make a difference in the lives of our students and in our communities by defending and teaching the virtues of ethical and professional journalism and communication during this time of transition, disruption, and constant change.

Every morning I look at the horizon to see what the new day brings. Every sunrise makes me think about a future full of possibilities. I intend to take this daily inspiration into my work, for our students, the larger community, the disciplines we study, and the professions we serve, which have a significant role to play in helping our society heal and become functional once more.

I wish you and your families a healthy and better new year.

In solidarity for all democracies,