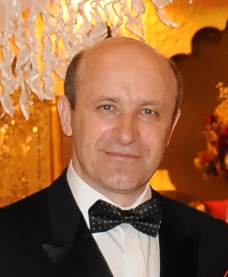 With its infinite constellations of ideas, thoughts, languages and neverending stories, theories, doctrines, narrative structures, intertextuality, correlations, signs and symbols, codes and channels, technologies, technics and procedures, specializations and applications, communication reveals itself as a distinct universe, and a sine qua non condition for the emergence of human civilization, as well as for its survival.

Evolving symbiotically, the periodical press, journalism and public relations influenced each other largely. Furthermore, they need each other to define themselves as distinct realms of communication. Investigating their historic relationship can aid us in better understanding present and future communication trends, as well as in providing comprehensive solutions to current challenges of the rapidly changing information environment. This matters both for individuals through promoting universal human rights and freedoms, quality education and gender equality, and for collectivities through combating misinformation, hate speech, xenophobia, racism and discrimination.

In the 19th century, soldiers and journalists began to frequently meet on the battlefield, thus developing mutually beneficial types of cooperation, from spontaneous to conventional agreements including terms and conditions, as well as rights and obligations. These have evolved from the ad hoc acceptance of war correspondents in battle zones towards the official recognition of their status and the institutionalization of the press accreditation by the belligerent armies. In this regard, the main demand has been managing the information release to the audience, with the aim of gaining the public trust and promoting the reputation of military organizations.

Concurrently with the increasing ability of the press to quickly report on events in distant parts of the world, it became obvious the institutional effort made by the military to meet the requests for information of the publications by ways and means which are recognized nowadays as well-established PR practices. These practices started to crystallize during the 19th century wars, and are now enshirned within PR media relations policies, as follows: press officers’ appointment; written regulations on the terms and conditions for press accrediation); ground rules for correspondents’ access to press briefings, interviews and documentation activities as members of press pools or as embedded journalists. This process underlines the intricate connection between the development of the media and the emergence of PR practices, responding to the reputational management needs of the institutions to communicate their objectives, to promote and legitimize themselves, to generate social consensus and to obtain public trust and support.

These are some of the observations I have gathered during the isolation imposed by Covid-19 pandemic when I was preparing my paper for the EUPRERA 2020 Congress by studying memoirs and frontline combat reports, eyewitness accounts of the 19th century wars, recorded by journalists, photographers, writers, painters, and soldiers.

Nowadays technological progress and the seemingly unlimited possibilities of staying connected or attached to smartphones and computers have given us the ability to send and receive messages quickly from anywhere in the world. Unfortunately, this expeditious exchange of messages is not always synonymous with qualitative communication, which is equal to sharing meanings and creating common understanding, mutual respect, tolerance and acceptance, consensus, and peace.

From the perspective of prevalent discourses in the media, the quality of communication is also an indicator of the democratic status of any social institution and normality within our societies, which are challenged when the circulation of hate speech, fake news and conspiracy theories is increasing.

It seems that communication still remains a double-edged sword nowadays, in the same way as it was fabled by Aesop in ancient times, highlighting its dual capacity to stimulate understanding between people, to build cities and spread civilization, but also to sow misunderstanding and hate until the destruction of their achievements.

Therefore, there is a continuing need for accuracy, advocacy, honesty, independence, integrity, loyalty, fairness in the media and public relations, the benefits of rigorous education and applied ethics to avoid the temptations of propaganda and the trap of inability to listen to others with goodwill and a sincere desire to understand them.

In an in-depth reading of the codes of ethics adopted in time – Venice, Athens, Lisbon, Brussels, consolidated IPRA Code of Conduct, Stockholm Charter and Global Principles of Ethical Practice in Public Relations and Communication Management, it is easy to identify that they have a common denominator: the concern for developing and implementing international standards based on a set of principles, statements, rules and regulations regarding ethical conduct in public relations. This is the original desideratum, formulated by those who initiated the first steps to establish common ethical standards for public relations associations and practitioners around the world.

Convinced of the social importance of ethical communication, the promoters of the first codes of conduct in public relations – Tom Fife Clark, Etienne Bloch, Rein Vogels, Erling Christopherson, Richard Hall, Lucien Matrat to name a few, were well acquainted with the horrors of World War II and the dangers of the Cold War, having sufficient reasons to anchor their approach to the main principles and values of the United Nations Charter and the Universal Declaration of Human Rights. Essential documents to recall more often as being our guiding headlight when traveling through the universe of communication “to reaffirm faith in fundamental human rights, in the dignity and worth of the human person”*!