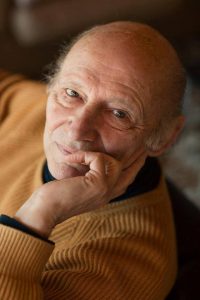 Our Founding Father, Jos Willems (1932-2017), passed away on Sunday, April 2.
Jos was a true European, visionary and long-term strategist. Without Jos’s inspiration and foresight we wouldn’t have been able to achieve what we have now: a large community with an academic legitimacy.
He was Founder, President and Secretary General of CERP Education (Confédération Européenne des Relations Publiques – Education) from 1989 till 1999. Later, in 2000, CERP became EUPRERA, where he continued as Secretary General from 2000 to 2002. He was Honorary Member of our association.
He also was founder and past Principal of HIBO (Hoger Instituut voor Bedrijfsopleiding), presently Artevelde University College in Ghent, Belgium, and founder of the MARPE Network.
The Jos Willems Award (currently our Master Award) was launched back in 1999 to honour Jos’s lifelong dedication to public relations education and research.
Many members and colleagues have been writing today with their reflections and memories of Jos and recalling his inspiring words to many audiences of scholars from across Europe. Those who met him once and those who were close friends, everybody has a positive memory.
His vitality and strategic thinking created and inspired our network and association, and he was able to see the fruits of his initiative.
The remembrance ceremony will be held on Tuesday, April 11, at 6.30 pm in Lochristi (near Ghent), Belgium (for more details on the ceremony, please ask to Jos.afscheid@gmail.com).
❁ Sadly missed but fondly remembered ❁