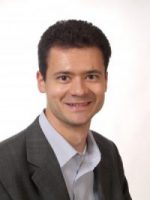 by Prof. Andrea Catellani,
PhD, UCLouvain, Belgium
The reputation of the banking and financial sector has lived a difficult era, since the financial crisis of ten years ago. A recent article on the website of the American Banker showed that “a broad wave of consumer distrust buffeted the banking industry’s reputation over the past year” (2017) (1). In this environment, the movement of “ethical finance”, that tries to combine finance and social values, is growing. A specific aspect of this movement is the development of ethical and sustainable banks, like the Banca Etica in Italy, the Crédit cooperatif in France and the Triodos Bank in the Netherlands, Belgium, UK, France and Spain. These banks can be considered as an example of “hybrid organizations”, because they combine different types of values and logics: market on one side, extra-economic ethical goals on the other. Battilana and Dorado (2010) stated about microfinance institutions that “These new organizations combined two previously separate institutional ‘logics’: a development logic that guided their mission to help the poor, and a banking logic that required profits sufficient to support ongoing operations and fulfill fiduciary obligations” (p. 1419). A similar situation exists for ethical banks. Of course, traditional banks include today more and more corporate social responsibility (CSR) goals and activities, but on a different scale.
I recently worked on these banks, together with my colleague Amaia Errecart (University of Sorbonne Paris Cité), and in particular on the Triodos bank and the Crédit cooperatif, in order to better understand how their corporate discourse is built (an article will be published soon about this research). The idea has been to have a look at how the hybrid nature of these banks influences their corporate discourse: which discursive and rhetorical phenomena express and show this hybrid nature, knowing that corporate discourse is not a transparent mirror of the organizational “identity”, but the result of a semiotic and strategic “work” aimed at creating value for the organization. We based our qualitative inquiry on semiotic and discourse analysis tools. This work is still ongoing, but we have already identified some specific features.
The discourses of the two banks express the meeting of different “world” or “cities”, in the sense of the “economy of conventions” developed by the sociologists Luc Boltanski and Laurent Thévenot. The main “cities” implied are the merchant one, based on a logic of profitability, and the civic one, based on values like solidarity and engagement. Discourses express this meeting and the conciliation of different logics in two main ways. On the one hand, they can simply put together the two goals: Triodos for example states that their products “combine financial performance and societal performance” (our translation from the Belgian website of Triodos bank). On the other hand, they can also show a hierarchy in which profitability (for the bank and for the client) becomes a tool, an instrument of ethical performance. In a video, the CEO of Triodos Bank says that “profit is of course not our first priority, our first priority is really to have impact” (http://www.rapport-annuel-triodos.be/fr/2015/). Profit is a necessary tool for having impact on the world. This second discursive figure is dominant, on the website of the two banks.
This action of subjecting profit to ethics and to sustainability is the solution proposed to the ravages of the “neoliberal” model, to wild capitalism and to the traditional model of finance. Crédit coopératif and Triodos Bank build an image of banks that are able to “reintegrate” finance and profit into a larger ethical project, as tools and means for an end. This hierarchy is based on time: the long run of this kind of banking activity is opposed to the short-term logic of mainstream finance. These banks propose a hybrid discursive position, as an answer to the crucial environmental, social and economic issues of our time. I think their discursive positioning is an interesting object for new explorations and analysis.
(1) https://www.americanbanker.com/news/bank-reputation-survey, seen on October 5, 2018. All data are referred to the USA.