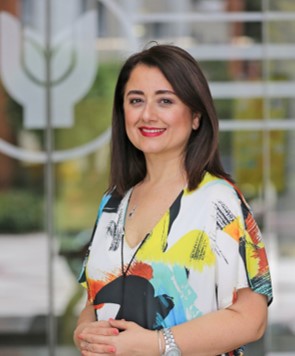 When considering female practitioners’ representations in media (Don Bates 1983; Jack Bernstein 1986; Linda Aldoory and Elizabeth L. Toth 2001; Romy Fröclich and Sonja B. Peters 2007; Pompper and Jung 2013) PR seems to be notably dominated by female professionals.  Interestingly, females are usually portrayed neutrally or negatively in media representations. Although an increasing number of studies (James E. Grunig, Elizabeth L. Toth and Linda Childers Hon 2000; Fröchlich and Peters 2007; Raven Everidge 2010; Verlee 2012) have concluded that positive and neutral portrayals began to outnumber the negative ones, the present study confirms the idea that PR profession is represented in a negative way in the Turkish media. Until now, no studies have been conducted on how Turkish media framed and portrayed PR professionals.

Turkish TV dramas have become extremely popular in the last two decades, and PR practitioners are represented in these dramas. However, there are some worrying issues with these representations. An important observation in TV dramas was the high rate of feminization of the profession. In addition, women PR practitioners were depicted in scenes of misconduct. Some of the common female stereotypes were the “spin doctor”, “PR bunny”, and the “chick world”, which emphasizes the dominance of gender in the profession (Alex Wadlow 2008). As Jonathan Cohen and Gabriel Weimann (2000) noted, strong exposure to TV’s recreated reality can lead to false perceptions of reality; media representations may be people’s only source of information about their environment and culture, and perhaps about professions. Data on media consumption in Turkey presented by the Turkish State Statistics Organization (TÜİK) show that 77% of the population watches TV (TÜİK 2018).

Appearance is important. The fact that appearance, i.e. being beautiful, slim, young is of primary importance is predominantly emphasized.

The present findings showed that the ages of the PR practitioners are always young.

Archetypes in portrayals of PR practitioners

Following Miller’s (1999) and Saltzman’s (2012) definitions, 41 characters (74.5%) were coded as manipulative and 41 as cynical. This research also shows that among 55 characters, 40 characters (72.7%) were coded as the “using sex” archetype. These characters seduced men to achieve their goals (for both personal and corporate goals). Unfortunately, the one and only positive archetype “accomplished” was the least frequent (N=16, 29.1%) type that was found.

It has been observed that PR profession in Turkish dramas is represented by rather colourful, entertaining and glamorous parties, receptions, openings and meetings. It is observed that the functions such as crisis communication, social responsibility, government relations and lobbying which predominantly bear strategic and management skills are not presented

The PR practitioners in the dramas are displayed in unacceptable conducts -with respect to professional ethics and occupational practices- and while abusing their duties as they execute their professions.