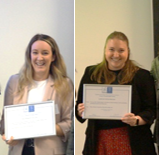 The Master Thesis Award for Excellence is an annual prize aimed to celebrate the PR academia and the role performed by European Higher Education Institutions in the evolution of knowledge of this field. The jury, headed by Martina Topić, from Leeds Beckett University in UK, selected the winning theses in two categories. They have been invited and awarded at our recent congress in Vienna: 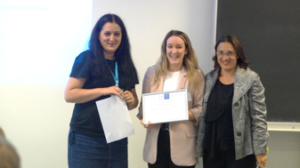 The popularity of the film has transformed documentaries into the ‘most effective tool of expression for information’ and PR to counteract the normal narrative. This medium has not always been valued highly by Hollywood producers: some viewed it as a means to educate society for the benefit of the state. However, more recently, its importance and value have been acknowledged by scholars in the media and social impact field.

This research builds on scholarly work within the field regarding race and ethnicity by utilising tenets of CRT, which is of particular importance due to current racial tensions in the US. The study illustrates the relationship between activism, documentaries, and PR theory and practice. By taking a critical rhetoric position, the findings have shown that through documentaries, meaning is constructed and communicated, and can lead to societal change. Simply examining PR from a functionalist approach ignores the idea that activists use ‘communication efforts to call attention to, frame, and advocate issues’, disregarding the complex settings and power disparities in which they operate. If PR aims to empower, then it should aspire to stop the marginalisation of people. From a critical standpoint, any PR practice or theory that marginalises due to race is preventing the creation of a ‘fully functioning society“. 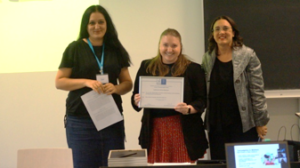 Practical Impact Award: The Lie of the “Perfect Mom” & The Role of Public relations in the Construction and Deconstruction of its Discourse by Lucille Cotman Morrison, University of the Arts, UK

While much literature has been written on intensive motherhood from a psychological and behavioural perspective, very little has been published showcasing its ties to brand communication and public relations. By taking a discursive approach to examining the promotional practices of baby brands, it is possible to understand the wider impact PR has on society. Mothers are hugely impactful to the consumer market with control of 70% of household spending in the United Kingdom and 85% in the United States. Additionally, from an ethical standpoint, new motherhood has been proven to be a vulnerable period of a woman’s life. Practitioners given the task of communicating to those in this period should not take such responsibility for granted, and in fact, should deeply consider the repercussions of getting this wrong – from poor mental health to death.