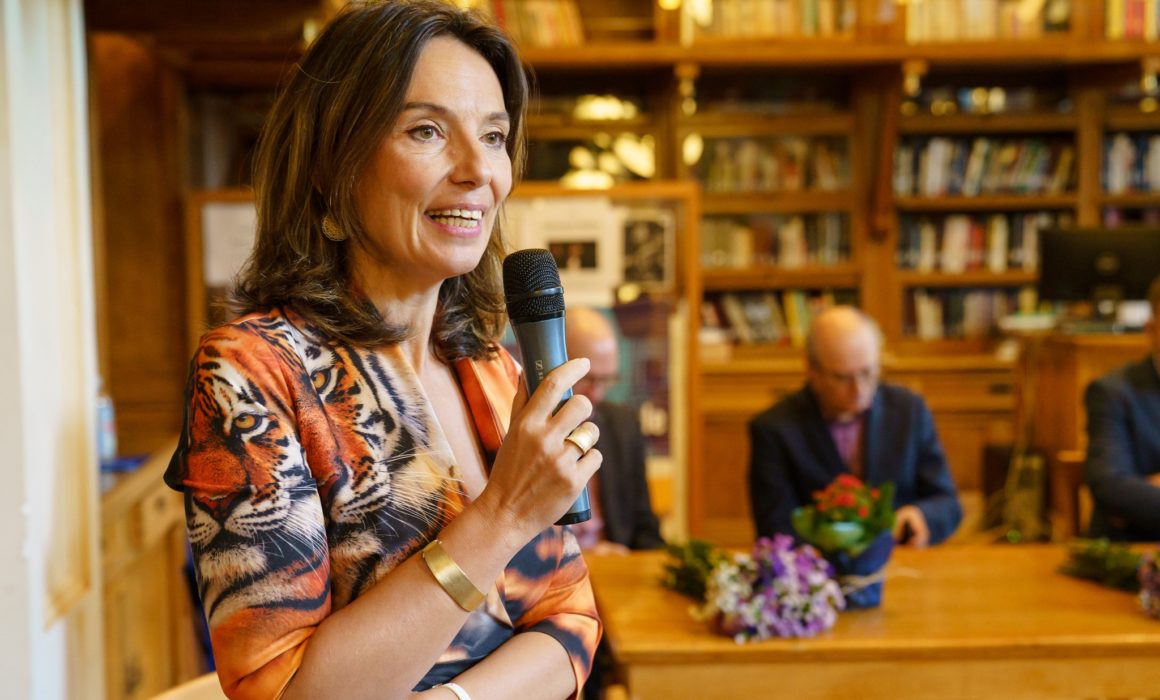 Some conclusions of the conference
“THE MASK: IDENTITY, COMMUNICATION, CONTAGION”
organized on the 6-7 October at the University of Bucharest

When the World Health Organization (WHO) had estimated a monthly consumption of 89.0 million medical masks, and analysts have indicated that in 2021, the global market of masks was valued at 38.9 billion USD, we did not estimate the degree to which the most purchased accessory of the last three years resized the public space.

Either produced by well-known brands such as Fendi, Carolina Herrera, Ralph Lauren, Burberry or Balenciaga, with prices reaching 1.5 million USD, or just consumed as a disposable,  the mask rewrites the iconography of the face, but also the entire ‘new normalcy’ of our communication system.

We have recently concluded, in Bucharest, the interdisciplinary conference in the field of communication and cultural studies with the theme “THE MASK: IDENTITY, COMMUNICATION, CONTAGION” (October 6-7) with an almost astonishing conclusion: the mask, whose etymology is as paradoxical as the object itself,  is a sort of a geometric place where all inquiries related to public or interpersonal communication meet.

Medieval Latin denoted by the term “mask” both the object whose function was to cover the face, but also a “specter or nightmare”, combining the meanings of the Latin words larva: “mask, ghost, spectre, apparition, bogeyman” and persona: “person, persona, mask, individual, character, personality”.

Derived by some authors from the Spanish más que la cara: meaning “more than a face” or an “added face”, the mask acquired evil connotations, associated with witches, as mal praxis of magic super-powers. The (possible) etymological relation with the Arabic maskharah: “buffoon”, connects the mask to the grotesque, but also to the disguised image of the character who, under the comic identity, gets permission to tell hidden truths.

Public image, fake, crisis rhetoric in organizational speeches, country identities created around the term “safety”, new forms of leadership marked by telework, were some of the themes investigated with an interdisciplinary tool, in the perspective of the “new normal”.

The presence of the French sociologist Davind le Breton, the philosopher Baudouin Decharneux, member of the Royal Belgian Academy, Dan Dediu, composer and rector of the Academy of Music in Bucharest and Adrian Titieni, actor and rector of the University of Theatre and Film – as the key speakers o the conference have been underlying a new reading of the COVID crisis, connecting the apotropaic functions of the old societies masks in relation with its current role as a communication disruptor.

And if I might conclude in a phrase the ideas presented during the two intense days of conference, I would say that: in the diagnosis of the “new normal”, through the lens of communication strategies that prove how authority continue to deteriorate, the mask has become a sign of a “tautist” world (Lucien Sfez).

Numerous applied researches presented in the parallel panels proved that both at the organizational and at the personal level, the confusion between “the expression of reality and the representation of reality” intensifies, as we reconfigure our social connectors via Google Meet, Teams, Whatsapp, Zoom or TikTok.  Tele-work or tele-friendship rewrite our identities as “masks” inside a technological mirror that virtualizes our personal or corporate presence and turns the communication system into a spectre of ubiquitously connections: “Through technology, man can exist, but not outside the mirror he holds up.” (Lucien Sfez).