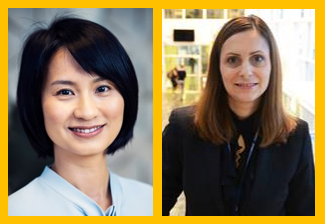 The Challenges of Corporate Political Advocacy in the Global Context

To address the challenges of multinational corporations (MNC)’s corporate political advocacy, our study examined how the politicized and polarized political environment influences MNCs’ stance and response as well as public perceptions during an international crisis. We used the National Basketball Association (NBA)–China crisis in 2019 (henceforth, the NBA–China crisis) as a case. The NBA-China crisis is triggered by an online comment from a team executive supporting the Hong Kong protesters (cf., Deb & Stein, 2019).

Our analysis of news coverage and social media posts in the U.S. and China shows that the public discussion regarding the NBA-China crisis is not only political-landen but also politically divided. Most discourses around the NBA-China crisis referred to geopolitics (i.e., the conflict between Hong Kong and Mainland China) and international politics (i.e., political debates and issues between the U.S. and China). In addition, we also found that the change in NBA’s stance is greatly influenced by its political values. For example, the NBA referred to the consistency between corporate and American political values to explain its public position toward the conflict and used political values to justify moving toward a defensive stance.

Based on the main findings of our study, two primary reflections can be offered to professionals having to manage critical situations resulting from their own corporate communication activities.

Stakeholders’ expectations towards MNCs and their corporate engagement with political and social issues are high, but MNCs must choose their causes carefully

Our study shows that it is hard for organizations not to be involved in discussions of political issues when the rest of society is heavily engaged in such talks. In the case of the NBA–China crisis, the NBA was forced to engage in the contested geopolitical issue after its employee addressed it. Yet, due to the polarized nature of the issue, the company entered into “turbulent political waters”. Both home and host countries expect the NBA to prove their social and political values by taking a specific stance on the China-Hong Kong dispute, but the issue was highly polarized, and it was difficult for the MNC to please and address all stakeholders’ expectations.

This finding points to the importance of proactively planning corporate advocacy actions in parallel to conflict management since organizations and their environments are becoming increasingly politicized, and value-driven actions can easily spur critical debates and situations. An organization’s political sensitivity and awareness significantly affect public relations management during an international crisis and the planning of symbolic actions, such as advocating for specific causes or issues.

This study shows that MNCs can be caught in a dilemma when facing competing interests of multiple stakeholders from both host and home countries. The U.S. and China political values were highly polarized in the NBA-China case. The corporate political advocacy initiative turned into a moral outrage for the NBA. Furthermore, this initiative fueled negative stakeholder engagement and moral outrage from both the U.S. and Chinese sides rather than reinforcing positive stakeholder engagement. As our analysis shows, when facing the backlash from both sides, the NBA had to choose one side, calling on its American political values to justify its position towards the internal territorial dispute between China and Hong Kong. It then refused to apologize to the Chinese stakeholders.

What we learn from this is that vocal MNCs need to be prepared to choose which stakeholders’ expectations to satisfy, as it is unluckily that they can do so for all stakeholders in highly polarized political environments. Hence, organizations must thoughtfully decide their political viewpoints, explicitly communicate these viewpoints to stakeholders, and bring stakeholders whose political values and beliefs are compatible with the organization’s ones closer to their initiatives.