Measurement and evaluation (M&E) has long been said to be the “Holy Grail” in public relations. And the development of professional standards for M&E may be one of the most promising ways to advance public relations practice. Hence, moving away from incommensurable terminology and black box measures towards industry-wide standards in M&E has been the aim of many and for many years. Without a doubt, developments in standards have gained some considerable traction—most visible maybe in the evolution of the Barcelona Principles, but also in effort by the IPR Measurement Commission, and the Social Media Measurement Standards Conclave or the International Task Force on Standardization of Communication Planning/Objective Setting and Evaluation/Measurement Models. These efforts (and others) have tried to navigate a difficult middle way between regional and cultural differences across the globe as well as between academic approaches and results-driven approaches in practice.

Regardless of an apparent push in framework and standards design, the acceptance and application of standards in the practice varies significantly. This rases the question: what makes standards stick? There is, so far, little evidence on the general process of standard setting and following in M&E; e.g.: What are the underlying dynamics that lead to the formulation of particular standards? What are the general factors of the (varying) success of measurement and evaluation standards? What brings applications from mere talk to the level of action?

To better understand the process by which M&E standards are developed, we have analyzed the trajectories of four seminal standards attempts: the Barcelona Principles and the AMEC Integrated Evaluation Framework (IEF) as well as the DPRG/ICV Framework used in German-speaking countries and the GCS Framework in the United Kingdom. For each of these, our analysis shows not only central steps undertaken in designing a standard terminology, but also reveals the different strategies in engaging audiences, experts, and adopters, as well as supporting and enforcing the various standards attempts though symbolic efforts such as labels, certification, or public knowledge resources.

Such research on standardization processes is, of course, not aimed directly at “finding the Grail”, but seeks rather to explicate the central dynamics of the “Grail Quest” itself. It is our hope that this work may add a new dimension to understanding one of the most important practical domains in the field. Further, the approach taken here may inspire related research on other important standards in the field, such as in public relations ethics or corporate reporting, were pathways to standards are still little understood. 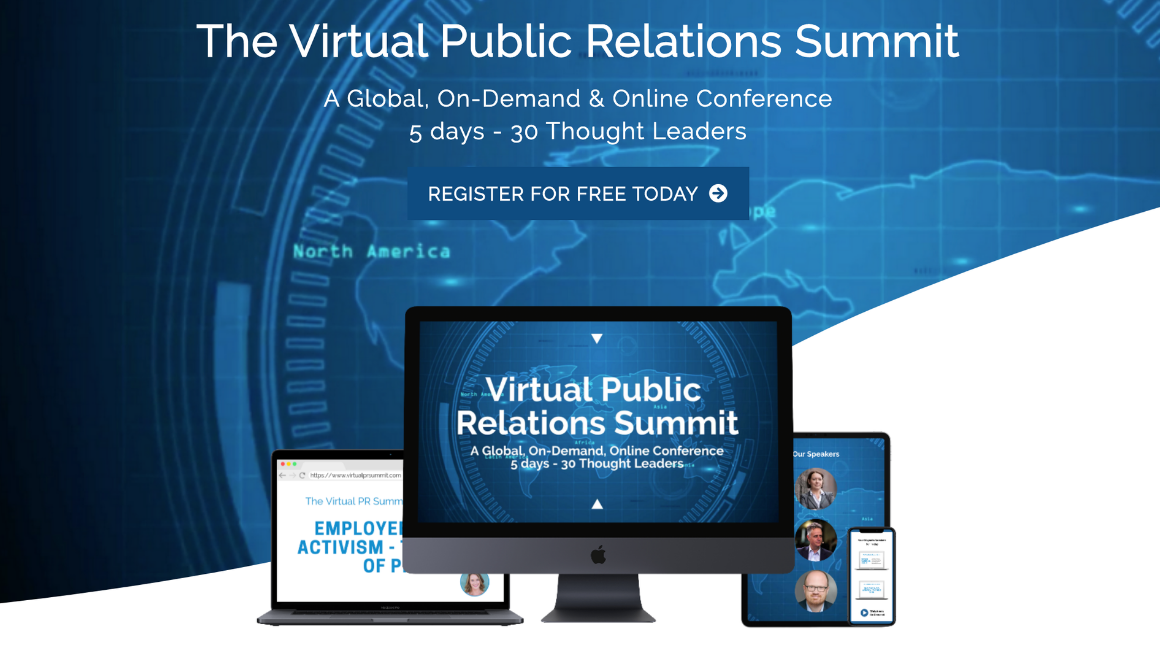 We’re happy to invite you to register for the Virtual Public Relations Summit (May 25-29) – an online, on demand and global conference with 30 PR & Communication Thought Leaders from across the world.

EUPRERA MEMBERS ARE ENTITLED TO A 20% DISCOUNT – get your discount writing to Virginia at dpra@euprera.org

This online event can count on the support of:

Among the topics and speakers:

Don’t miss this unique summit starting on May 25 and register today. Visit the website with the full program and discover the Free Pass and All-Access Pass options & benefits. 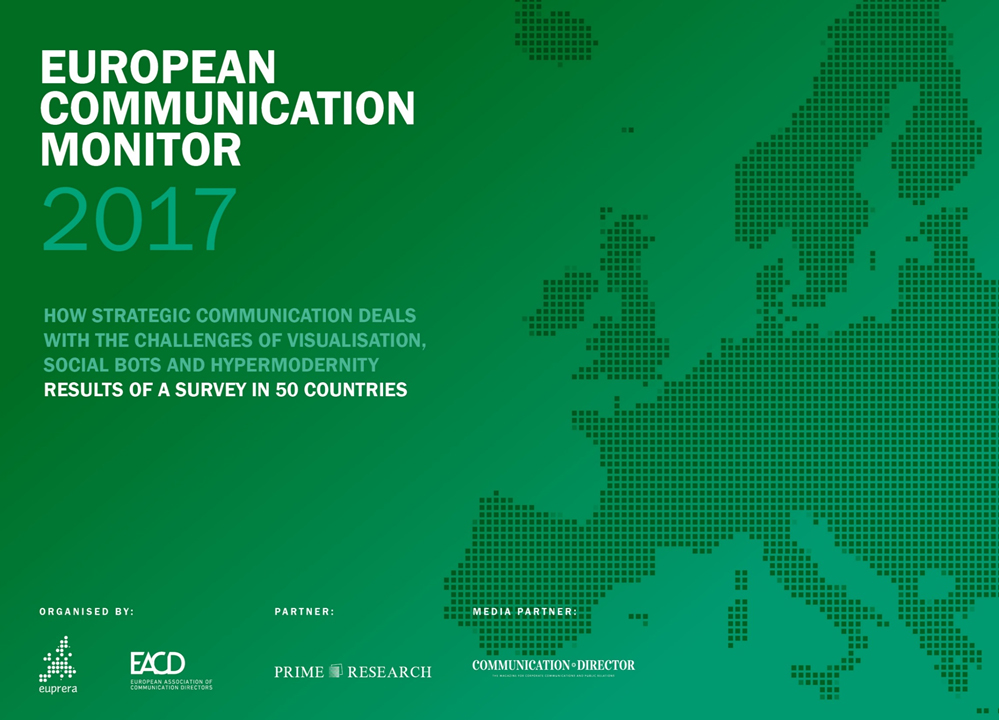 This webinar scheduled on Monday, September 25, from 15.00 to 16.00 CET, provides exclusive insights based on the world’s largest study in the field of public relations and strategic communication, the European Communication Monitor 2017. It assesses how communications departments use measurement and data to leverage their full potential.
Professors Ralph Tench and Ansgar Zerfass will present results and share learnings that are crucial for day-to-day management. AMEC Chairman Richard Bagnall will moderate the event, discussing case studies to illustrate how communications leaders utilise monitoring data to assess their performance and adopt successful strategies. Participants are invited to engage in discussion and pose questions to our experts online.
This is a free global webinar, brought to you by PRIME Research and AMEC – prior registration is required. It is part of AMEC’s Measurement Month 2017. Register now for free!

AMEC, the International Association for the Measurement and Evaluation of Communication, is inviting the support of public relations and communications organisations to join a global initiative to eradicate fully the use of Advertising Equivalency Value (AVE) and all of its derivatives as metrics in public relations work. Some practical steps which form part of a long-term industry education project:

AMEC has already made improvements to its free to use Integrated Evaluation Framework to make it an easier to use replacement for AVEs. “The Framework makes sense of the complexities of working across the PESO channels and shows how to shift the emphasis of evaluation from counting outputs to proving value via the critical outtakes, outcomes and organisational impact of our work” said Richard Bagnall, AMEC Chairman, highlighting the need to take decisive action to eradicate AVEs, which invalidity is shown by the global online educational resource centre.
The AMEC Framework, a free resource and hosted online at www.amecorg.com/amecframework, is interactive allowing users to be guided through the process while also saving their work as they go and is already available in 15 languages including Chinese. More info