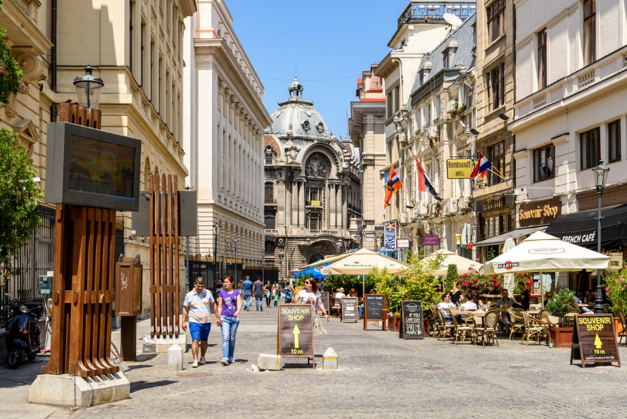 The Department of Communication Sciences of the University of Bucharest is organizing an international conference on cultural studies and communication sciences “The Mask: identity, communication, contagion”, October 6 -7, in Bucharest, Romania.

As the sanitary mask has become an indispensable presence in public spaces, the conference launch an invitation to investigate the communicative, cultural, and social dimensions of wearing a sanitary mask during the current epidemiological crisis, proposing an examination of both the old and profound meanings of masks and the new meanings acquired within a pandemic context.

We’re pleased to inform you that exceptionally the organisers of the conference are allowing a deadline extension for EUPRERA members only! The deadline for abstract submission is July 15, specifying “EUPRERA member” when submitting.

The conference will also be an opportunity for gathering and discussing the upcoming EUPRERA 2024 Congress in Bucharest.

COVID-19 pandemic has redesigned our lives, our inner spaces, the public spaces, the real and the digital, but, probably, most important, has learned us that really important messages have to become contagious.

#STAY HOME (#STAI ACASA) was probably the most viral message at a global scale, and spreading it – is the equivalent of fighting the epidemy.

As a result, the M.A. students in Advertising from the Department of Communication and Public Relations, Faculty of Letters, University of Bucharest have started a campaign in partnership with the Bucharest City Hall, Direction of Integrity, based on a layout inspired by the Creation of Adam fresco of Michelangelo, from the Sistine Chapel.

The campaign features the following messages: “Acting as one from a distance. Each moment we spend far from each other brings us closer to being together again. Protect yourself and those around you”.

The campaign was probably the most important academic project in the field of communication supporting a social cause, developed in partnership with a public institution, during the pandemic in Romania and it has been covered by Mediafax, one of the major national news agencies.

The MA in Advertising provided by the Faculty of Letters, University of Bucharest was the first programme in the field established in Romania, after the fall of the communist regime. It was founded and coordinated by one of the members of the EUPRERA organization, Assoc. Prof. Alexandra Crăciun.

With a population of 1,883,425 inhabitants within the city limits, and 2.27 million people including the metropolitan area, Bucharest is the fifth largest city in the European Union by population, after Berlin, Madrid, Rome, and Paris. First mentioned in documents in 1459, Bucharest became the capital of Romania in 1862. Its architecture is a mix of neo-classical, Art Nouveau, Bauhaus, art deco, communist and postmodern influences. Between the two World Wars, the nickname of the city was the ‘Little Paris’.