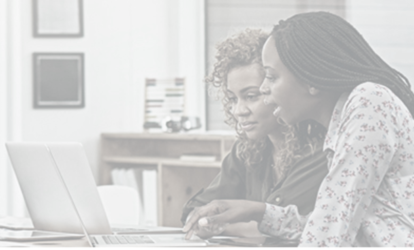 The series will publish perspectives from around the world and thus the series fits into the understanding of labour relations through both work relations in a Western sense and non-Western forms of labour. The series is also interested in studies of the position of women in worker’s unions, stance on women’s affairs within workers unions, and the position of women and women’s affairs in labour movements.

In four decades of research, women continually reported inequality and an unsatisfactory position within public relations organisations, based on bias and stereotypes. Public Relations organisations should review equality policies in organisations and consider to what extent are promotions grounded in old stereotypes about women not being fit for the job to increase staff satisfaction and workforce morale and contribute towards equality of men and women.

The research presented here was conducted on the academic literature published between 1982 and 2019. Academic studies analysed have been written based on interviews and focus groups with PR practitioners, thus providing an overview of the situation for women in the PR industry in the analysed period. These studies show the true situation in the field of public relations, better than any PR conference or associations’ meeting could provide because interviewed women express their view anonymously and thus without fear of repercussions.

An analysis of research conducted on women in four decades of research shows that the discrimination of women has reached a full circle and that women’s issues in the public relations industry are marked by bias against women and unfavourable position in organisations. The issues change over the time, and thus while women experienced bias in the 1980s of not being ambitious enough and thus prone to leave work to move away with their husbands, in the period between 2010 and 2019 a new bias emerged, this time claiming women have lower organisational skills and communication skills not always fit for the role.

For example, a thematic analysis of research has shown that women, during the 1980s, reported work discrimination (consisting of the glass ceiling, pay gap, being only offered technician positions and having PR degrees but still suffering from inequality against men with degrees mostly in journalism) and bias against women (consisting of covert discriminations of promotions where new positions were being invented for men, chauvinism, stereotypes against women being more inclined to look after families and move when their husband moves for work and the rise of women in the industry was seen as feminization with fears being raised of PR as a profession being under-valued). In the 1990s, however, new issues emerged and scholars started to report the issues of power, work experiences and work satisfaction and again glass ceiling and the pay gap. This period also brought criticism of liberal feminism as unhelpful for women and their plight for equality due to its failure to address issues below the surface, e.g. not just that the pay gap exists but why it exists. In the next period, 2000-2009, reports were made about professionalism (with particular reference on women still being confined to technician positions and lacking power in organisations) whilst the last period (2010-2019) was marked with a turn towards the beginning of the debate, and scholars reported concerns of women practitioners about work discrimination (consisting of issues such as women being confined to technician positions, pay gap and glass ceiling, but also lack of diversity and masculinities in work culture, which historically benefits men rather than women) and bias against women (consisting of issues such as stereotypes about women lacking organisational and teamwork skills, stereotypes about women’s communication skills and women lacking power in the organisations).

The project now continues with interviews with women practitioners in Europe.
First reports are due in summer 2020.

Martina Topić is a senior lecturer in Public Relations at Leeds Beckett University, UK. She is a former journalist and entrepreneur and her research interests include journalism practise and women’s studies (with a particular interest in the position of women in journalism, public relations, marketing and advertising).