It has been released this week the EUPRERA Report, Vol. 1, No. 2, Women in Public Relations in England. This study is based on 26 interviews with women working in the PR industry in England. Results show that women face exclusions and discrimination in their daily experiences and that the office culture and its friendliness towards women depend on gender balance.

As part of the EUPRERA project Women in Public Relations, the team has already produced a comprehensive literature review analysing 223 articles on women in public relations in a period between 1982 and (mid) 2019 (Topić et al, 2019; Topić et al, 2020).

In the age of post-feminism when many are trying to argue that feminism is no longer needed because women have reached equality through the introduction of legislation and entry of women to all professions, the reality shows a different story: the societies are still based on patriarchal values. The questions the conference addresses are how far have we got, and what needs to be done to achieve true equality of both men and women, and a society where there are no expected roles?

Papers are invited (but not limited to) for 17 panels. Prospective participants are also welcome to submit proposals for their own panels. Both researchers and practitioners are welcome to submit paper proposals. Submissions of abstracts (up to 500 words) with an email contact should be sent to Dr Martina Topić (martinahr@gmail.com) by October 15, 2019. Decisions will be sent by November 1. In case enough abstracts are collected earlier, decisions will be sent earlier.

The 6th International Conference on Women’s Studies: How Far Have We Got? will take place in Leeds, UK, on
Janury 18, 2020. Registrations are due by December 15, 2019.

Go to
Call for Papers 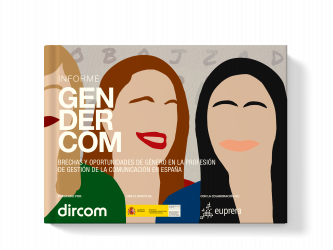 Madrid, 8th March 2019 – This week a colleague asked me: “Why do we still have a Worker women’s day if we already have a Worker’s day? Isn’t it discriminatory on itself?”

Well, I said, as you know there isn’t ‘the richest people day’ or ‘the healthiest people day.’ On the contrary there is a world day of hunger or a world day of rare diseases… because these commemorative dates serve as basis for claiming unrealized rights. And this is the issue I would like to discuss today.

Why should we still talk about women rights in the public relations and communication management fields?

Women entered the profession rapidly in the last decades of the twentieth century (Andsager & Hurst, 2005; Grunig, Hon & Toth, 2013) reforming the profession into a field with a majority of female practitioners. Women are not then a minority in our filed, yet although they surpass men in number, still face gender inequality (Place, 2011; Tench, Topic & Moreno, 2018). This is of some concern; because it means that we have majority of workers in the industry facing discrimination.

Recently the study Gendercom, organized by Dircom in cooperation with EUPRERA and the support of the Ministry of Labour, Migrations and Social Security of Spain, have brought to light the gender issues in the communication industry in our country. An online survey for The State of Communication in Spain was conducted. Responses from 387 participants were analysed along with some additional questions from 154 respondents of the ECM 2018 (Zerfass, Tench, Verhoeven, Verčič & Moreno, 2018).

The question is whether these conclusions are only applicable to Spain today? Many studies over the world have proved the feminization of the profession (i.e. Yeomans, 2010; Place, 2011) the ceiling glass (i.e. Tench et al., 2017) the salary gap (i.e. Zerfass et al., 2018; Moreno, Tench, Fuentes & Khalil, 2019) and the conflict work-life (Shen &amp; Jian, 2013; Place & Vanderman-Winter, 2017). Further studies are in depth on related factors for these current problems.

One of the main problems for gender issues is the denial fallacy. There are still many male and female practitioners that deny gender gaps in the communication management field. Resources and research to evidence the fact is we hold the key in our hands. Let’s keep the discussion going until a future 8th March in which gender inequalities don’t have any place.

Moreno, Á., Tench, R., Khalil, N. (2019). Enemy at the (house) gates: A study about the permanence of gender discrimination in public relations career promotion in Latin America. For publication. 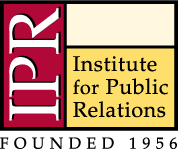 In this first part of a two-part study, KPMG and the Institute for Public Relations (IPR) conducted a series of focus groups with female and male executives and mid-level leaders in agencies and corporations to find out their views on mentorship, leadership, work-life integration, workplace policies, and their ascension to the top. Both groups gave solutions for how to boost women in leadership in the profession. The results may surprise you!
Join IPR President & CEO, Tina McCorkindale, and KPMG’s Megan Dubrowski and Rebecca Rickert on October 11 at 2pm ET, for a discussion of study insights, findings, and next steps. 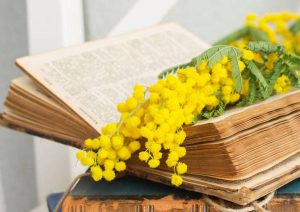 So far, the research has shown that women have less voice in the media than men do, both as the creators of news, the subjects, and the interviewees. This exclusion is especially in the most appealing sections such as politics.
Therefore, this book wants to examine the position and experience of women in the media. Chapters can be single studies but comparative and regional studies are particularly welcome. Historical perspectives are also encouraged. Abstracts are due by January 15. Download the Call for Papers