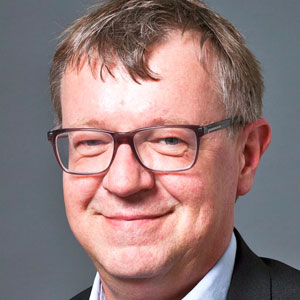 by Wim J.L. Elving,
professor Sustainable Communication,
Hanze University of Applied Sciences,
Groningen, the Netherlands
On Thursday August 16th, 2018, 350 newspapers in the United States took a stand in support of the First Amendment to the U.S. Constitution and the importance of a free press to freedom and democracy. Eleven communications and public relations organizations expressed support for the critical role of a free press and the First Amendment. The Arthur W. Page Society did so by quoting Thomas Jefferson:
“The basis of our governments being the opinion of the people, the very first object should be to keep that right; and were it left to me to decide whether we should have a government without newspapers or newspapers without a government, I should not hesitate a moment to prefer the latter.”  This often-cited quote conveys the fundamental importance of today’s free press despite its articulation before electronic, digital and social media were invented. The dramatic expression by a founding father who was brutally criticized by the media of his time underscores that the standing of a free press transcends politics, geographies or other affiliations.
Although some UK based organizations did join this statement, European organizations, including EUPRERA and the EACD remained silent. Communication, PR, corporate communication all have close relations with journalists and other members of the press. In our profession we still rely on media and journalists. There is a large cross-over between journalism and communication, and of course in our classes we highlight the importance of the press and the value of free press. I think the European PR and communication organizations missed an opportunity, by not expressing support to our American counterparts. In Europe we face the same troubles with some governments as well (Poland, Hungary, Turkey, Russia), but also with social media platforms, you use algorithms to feed us with news and other items but are not under control of a governing body.
We are seduced and influenced by bots, algorithms and other influencers, so we need to set up a new set of ethical rules, so we at least know that others are being influencing us. In the past, this was simple, commercials on the television or advertisements in newspapers and magazine were easy to recognize and we could ignore these. Currently persuasive communication is at a much more hidden, sneaky level. Now when you are in marketing you probably like the opportunities these give you, but in public relations, corporate communication and as a consumer, these options should scare you, just as you should be warned by all the political stuff happening on social media platforms, where public opinion became a business model and all kinds of influencers bought our attention for their terrible posts regarding anti vaccination, Brexit, the US election, and who knows what more will come forward in how public opinion was falsely infiltrated with false information and dubious persuasive attempts.
In my humble opinion we, as communication scholars and teachers, have huge responsibilities. First, we need to develop state of the art ethics, that include extension of ethics on social media platforms. We have excellent rules, for instance the aforementioned A.W. Page Society, with its Page principles, but many alternatives and good text books are available, like the handbook of communication ethics, by George Cheney, Steve May, and Debashish Munshi (2011).
I think it is time to scale up our efforts regarding to ethics, free press and the independent position of journalists but also find ways (do research) into ethical issues and social media. We need to take part in the discussion regarding media ethics and inspire policy makers and politicians about the need to come forward with rules and regulations regarding ethics. It cannot be the that the CEO’s of Facebook, Instagram and Twitter are deciding what is allowed and what not?

The well-known, iconic picture above was banned from Facebook because of nudity of the girl who got her body burned because of a Napalm attack in the Vietnam war. Facebook decided that this picture should not be allowed on its platform. Only after protest they allowed it again.
Maybe we have taken for granted the role of the free press, like a hygiene factor, it is there, we have established quality journalism, and we do not need to pay much attention to it anymore. Recent developments made it in my view clear that this is not the case anymore. When the president of the most dominant democracy of the last 100 years is referring to fake news to hide his own incompetence’s, we need to scale up our efforts in training and education in ethics, to make sure that the next generation of communicators have the competencies and skills to defend our basic rights, our basic freedom and the value of the free press.