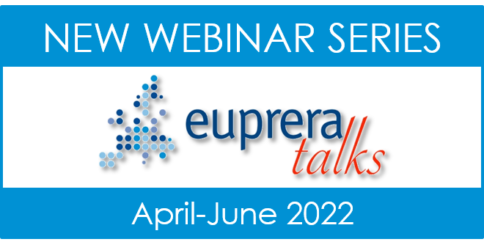 Starting from April 21, a new series of webinars will be released for all the EUPRERA community: #EUPRERAtalks. We are going to dive into the newest findings from studies, projects and thematic networks led by our members. A new and effective way to get in touch with state-of-the-art research on strategic topics of communication.

The first instalment of this new series will be on April 21 with with Laura Illia, Elanor Colleoni, Michael Etter, Katia Meggiorin, who are presenting their latest paper titled “Finding the Tipping Point: When Heterogeneous Evaluations in Social Media Converge and Influence Organizational Legitimacy” (available here in open access): 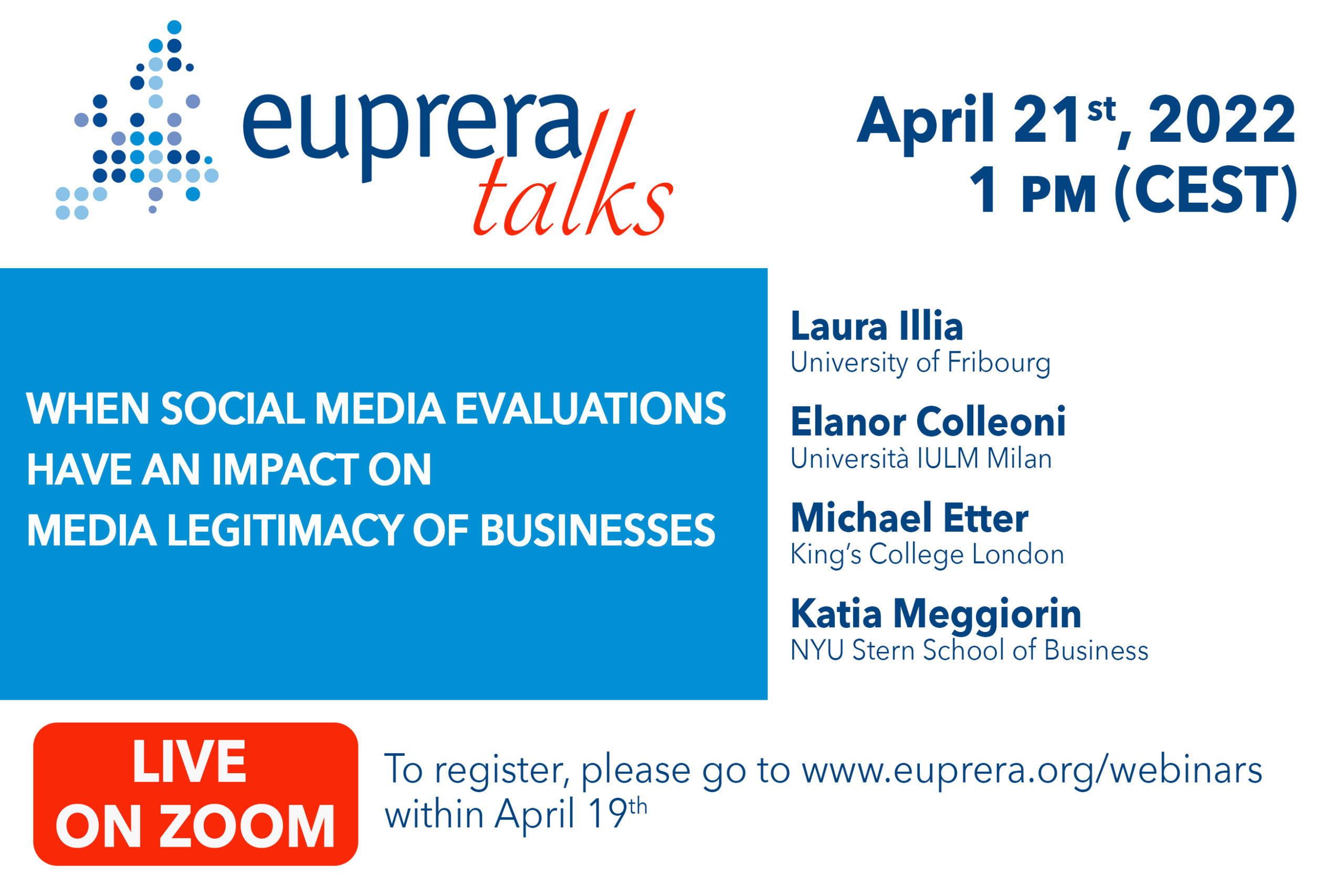 Here is a brief summary of what to expect from the first meeting:

Can citizens impact the broader discourse about an organization and its legitimacy? While social media have empowered citizens to publicly question firms through large volumes of online evaluations, the high heterogeneity of their evaluations dilutes their impact. Applying a threshold vector autoregressive model (TVAR) analysis of 2.5 million tweets and 1,786 news media articles, this research tests the condition by which the heterogeneity of online evaluations converges and influences the broader media discourse.

Although social media evaluations do not initially influence media legitimacy, they become influential after reaching a tipping point of refracted attention, which is created by high volume and convergence of individual evaluations around few aggregative frames. Thus, social media storms may influence the broader discourse about an organization when this discourse converges and reaches a tipping point, rather than merely through the massive participation of citizens.

CHECK OUT ALL THE UPCOMING WEBINARS