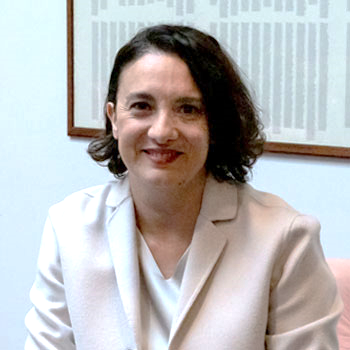 I am really honored to take on the role of President of EUPRERA for the period 2022-2023. I want to thank those who preceded me, in particular Prof. Angeles Moreno for the ambitious strategic plan that she carried out with great commitment and spirit of collaboration. I would also like to thank the members of the Board, Prof. Diana Ingenhoff, Prof. Jesper Falkheimer and our PR and Admin Director, Virginia Villa. Moreover, a dutiful thanks for the support they will continue to give me during my mandate goes, to all the members who will hold key roles.

We are living a historical moment for all communication scholars and professionals. Their strategic role has been finally recognized in several fields of activity. The pandemic has made it clear how delicate, among other topics, communication is. During this unprecedented crisis it clearly emerged how vital it becomes when managed in a thoughtful way, demanding great attention to quality and timeliness. The complex threats of climate change will also put strategic communication at the forefront of the collective effort to sustainable transformation. Indeed, the numerous and increasingly ambitious projects of companies and public organizations in the field of sustainability will require more and more frequently the support of communication professionalism and skills. Not to mention other fields of specialization that seem to be currently experiencing a period of “cultural Renaissance”, first of all Public Affairs and corporate diplomacy, as well as crisis and risk communication. Scientific studies published by generations of academics in the field of communication have formed a new class of professionals open to multiculturalism, prepared to effectively and competently apply the most advanced specialist know-how. New challenges are still waiting to be explored, including the impact of A.I. on the work of communicators, the leverages for engaging younger generations, the frontiers of ESGs and their transparent communication, the risks associated with misinformation / disinformation and the mechanisms to defuse them, the role that communication can play in getting European Resilience Plans off the ground. Challenges that still require a lot of effort in basic and, above all, applied research to offer the profession those data and solid researches on which to base its decisions.

We are emerging from a difficult two-year period that limited networking, the main engine of our association, but thanks to the unrelenting work done by everyone, that of EUPRERA has continued to be a vibrant academic and professional community, which continues to expand by welcoming new members. We have another year ahead of us that promises to be just as difficult and full of challenges, but where there are challenges, there may also be opportunities ready to be seized.

Starting from our Annual EUPRERA Congress, which will be held in the beautiful city of Wien from September 21st to September 24th 2022, and for which the impeccable organization, led by Prof. Sabine Einwiller and prof. Jens Seiffert-Brockmann, has already started (remember the abstract deadline on February 1st 2022).

The next few years will be managed in the name of continuity, carrying out and enhancing the extraordinary initiatives that EUPRERA has implemented thanks to the work and dedication of its members. In particular, it will continue to strengthen its international reputation through the consolidation of partnerships with associations around the world. Both in terms of research and education, the work of the networks and research projects already fueled by the commitment of the members will continue, and new projects will come to light. New energies will be devoted to making even more visible the scientific contribution that EUPRERA creates every year, thanks to the constant work of its 480 members from 46 countries. The association will continue to invest on youngest generations of scholars, through numerous initiatives such as the forthcoming Mentoring programme, the PhD seminar and the Paper Development Workshop. But an association grows if it is fueled by a spirit of sharing, openness and collaboration. My commitment will be aimed at ensuring that this spirit is kept alive and that each member continues to be proud of belonging to our wonderful association.

On behalf of EUPRERA, the Board of Directors and in my own name, I wish you a very happy new year. May 2022 be full of satisfaction! 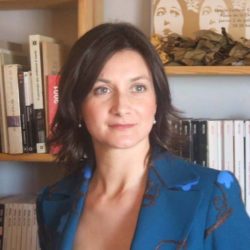 As the end of 2021 approaches, I would like to express my sincere thanks for what we have achieved and how we have advanced together in the past year. The best of all is that we are all still here navigating the risks.

I would like to underline five directions of the strategic plan that guided our work during 2020-2021:

Let me end by saying that despite the difficulties faced in the last two years, it has been an honour to serve our association and each of its members and a pleasure to work together with our cooperative partners to increase the recognition and value of public relations in the world.

Enjoy the holidays and have a happy New Year, 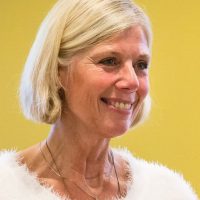