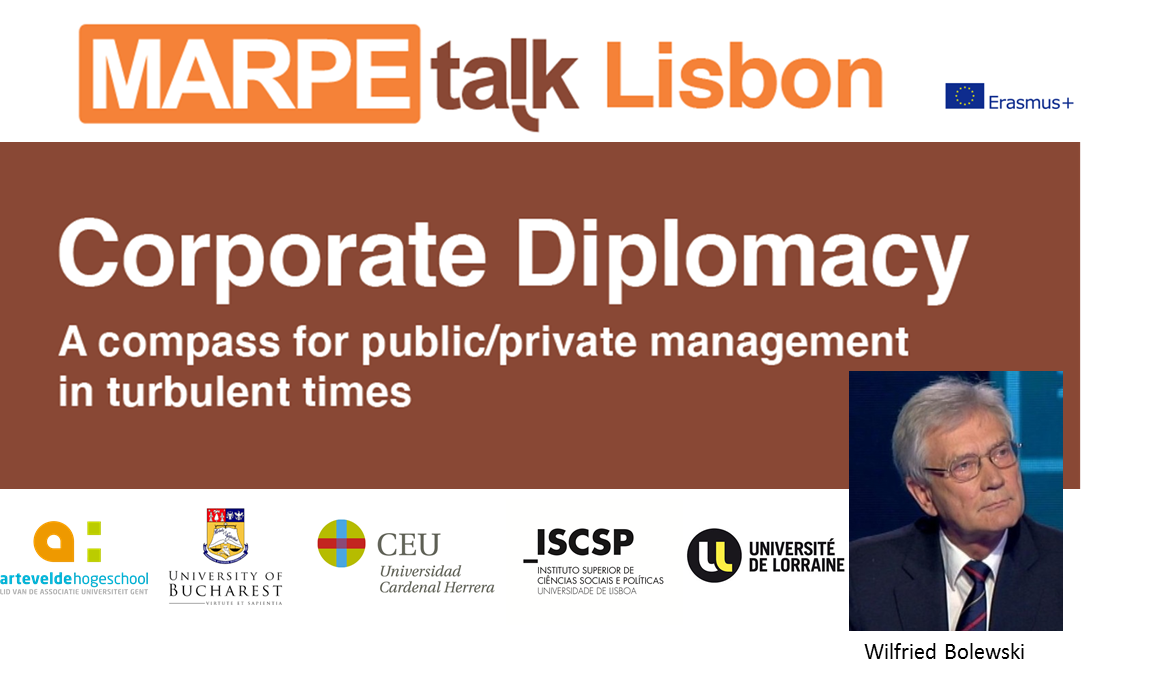 On December 10th, the MARPE network organized the fourth MARPE Diplo Talk to reflect about the idea of corporate diplomacy as a compass for public/private management in turbulent times. The keynote speaker was Professor Wilfried Bolewski, a professor of international law and diplomacy at Sciences Po in Paris, The American University of Paris and Free University of Berlin and a former German diplomat who has served in Italy, Poland, Australia, Pakistan, Cameroon and was Ambassador to Jamaica, Belize and Bahamas. He participated in the NATO Nuclear Planning Group and the United Nations Conference on Disarmament. Professor Bolewski has served as deputy chief of protocol for German Chancellors Schroeder and Merkel, and he is publishing on new dimensions of diplomacy, including the role of multinational corporations and non-state actors. 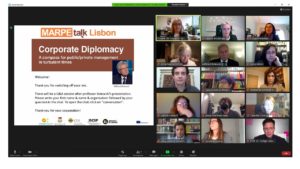 The dialogue with Professor Bolweski highlights an innovative concept of diplomacy that shifts the focus of organizations, giving priority to society for what he calls a “Societal Diplomacy” aimed at managing situational and contextual ambivalence, harmonizing divergent interests and expectations, in a holistic approach, which includes emotional, social and intercultural intelligence.

Bolewski’s full intervention will be available in the
MARPE Diplo book to be published in 2021!