The MARPE Network, a pan-European network of academics and professionals aiming to expand students’ understanding of public relations and its practice in the EU and global contexts. It is innovative in its flexible structure, cross viewed content and pedagogical approach.

In view of recent European and global social and political developments, the MARPE Network aims to explore and contribute to the advancement of new areas of study connected to PR and communication, such as lobbying, public and corporate diplomacy. As it is critical that future PR practitioners develop the agility to acquire knowledge and skills to be able to work in a fast changing international environment, MARPE is committed to the concepts of ”applied learning” and ”progressive problem solving”. 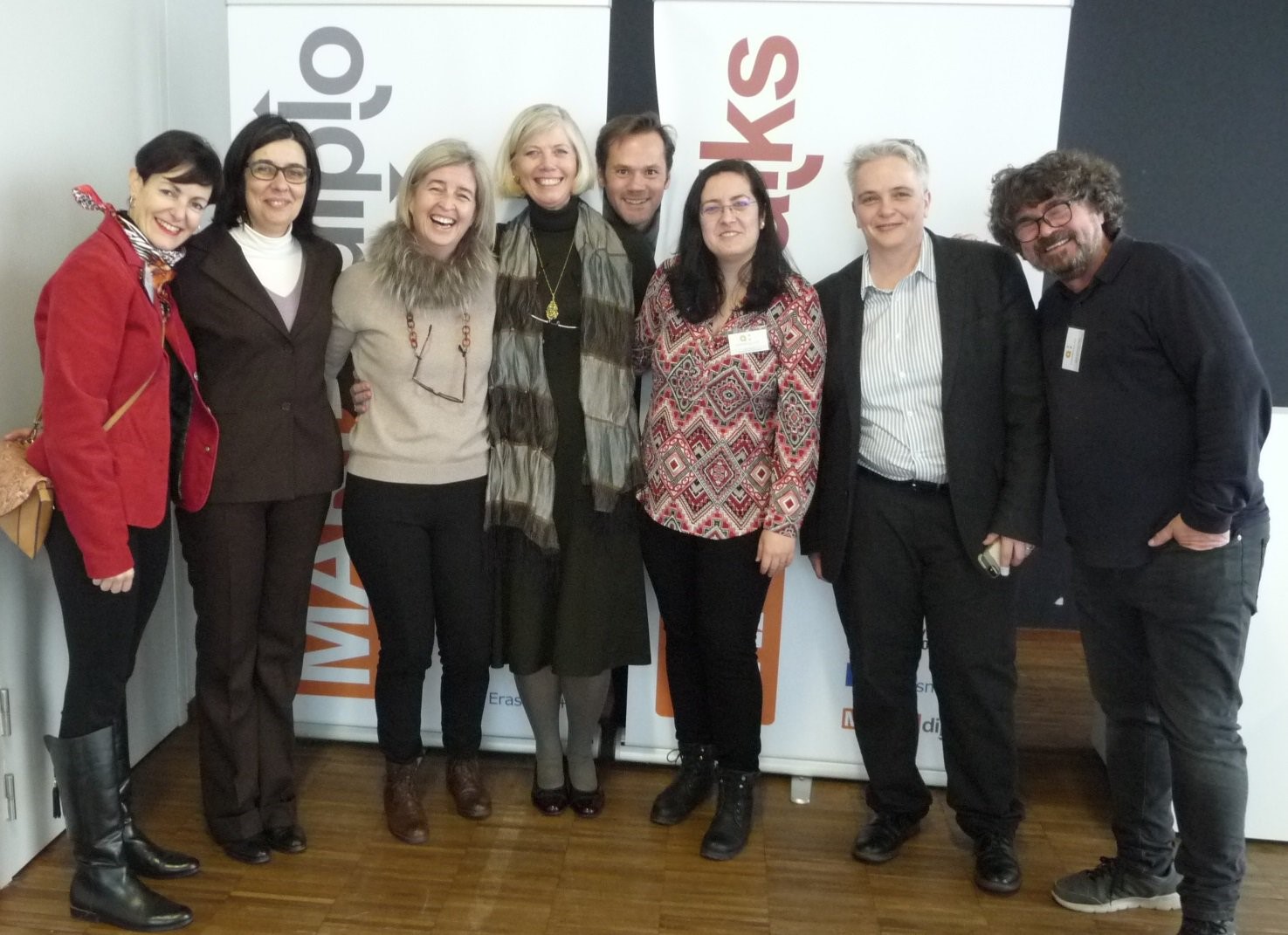 The MARPE Network Core Partners are universities that contribute to the development of the network and the projects it initiates and carries out. Each Core Partner delegates a representative in the steering committee of the Network:

New partners are welcome to contribute to the development of the network dimension which will tie the partners’ involvement (within the limits of Erasmus+KA2).

From Public Relations to Public Affairs to Public Diplomacy: the MARPE Network journey

In 1992-1993 it produced its first French and English cohorts, which had the opportunity to develop their academic activity in cities as Ghent and Paris or Eindhoven and Exeter. In 1995 a new educational approach emerged, with students from Ghent spending a semester in Leeds and students from Vienna spending a semester in Berlin. In 2002 the Dublin-Leeds and Lisbon-Valencia exchanges were also included in the MARPE educational platform.

2008 saw the involvement of new partners. Therefore, MARPE was then structured in three language lines, each comprising universities that could send and receive students that would study in a particular language:

Between 2008 and 2014 MARPE was a comprehensive educational programme, which included 2 semesters of highly specialised courses, and a final dissertation. The students experienced the academic systems of 2 countries and shared their insights with other Master students from all Europe, in 3 Intensive Programmes (IPs) carried out through Erasmus funding: ”Public Relations: Government Relations and Lobbying in a European perspective” (2011-2014). The 3 Erasmus IPs aimed to show that Public Relations is an exciting and growing field throughout Europe, but also that it is critical that future PR practitioners develop the knowledge and skills to be able to work in a fast-changing international environment. In 2015, MARPE became the MARPE Network.

Latest news from this project